FőoldalHírekGroupama in the Volvo Ocean Race 2011-2012

It took a little less than six days for Groupama 4 to complete the 2,023 mile qualifier course that the crew had set itself. Ultimately, 2,138 miles were covered at the average speed of 15.5 knots and Groupama 4 is now officially qualified for the next edition of the Volvo Ocean Race. Tired but happy with their sailing, the crew took the time out, at 0400 hours this morning, to review this first long offshore experience.

“We encountered all the necessary weather conditions to make this a good qualifier. We left Lorient close-hauled in breezy conditions as far as Cape Finisterre. The descent of Portugal involved a reach and then we encountered upwind conditions, a windless zone and more reaching as we made towards the Azores. Finally, during the last 800 miles, we enjoyed some downwind conditions in 30 knots of breeze! A sheer delight!” says Phil Harmer, trimmer/ helmsman on Groupama 4.

Testing with a view to optimising

Franck Cammas, skipper of Groupama 4, was keen to experience a variety of points of sail during this session on the water so as to test the new monohull in all manner of conditions:

“Heading offshore for several days enables us to really get the boat and the crew into race configuration. We now know a bit more about how Groupama 4 performs and her limitations. We managed to rack up increasingly high average speeds, proving that we’d found the right trim, positioning and balance for the boat.” Indeed it’s worth noting that the Volvo Open 70 reached speeds bordering on 30 knots in downwind conditions of 32 knots! “The crew is gaining in confidence with the boat. Even though we encountered some technical issues linked to the recent installation of certain systems, we always remained focused on performance.”

Damian Foxall, crew manager and helmsman aboard Groupama 4 backs up this sentiment: “We have a very good boat which is quick. All the work done on the sails and the layout is a success. As regards the crew, that works in the main as we’ve been sailing together for over a year. We’re beginning to get to know each other well and the communication onboard is becoming natural.” In fact Australian sailor Phil Harmer has a very special barometer of his own for assessing how well the crew are getting along: “If we’re still joking when we’re back on the pontoon then it’s a sign that the crew is working well!” Given the smiles and laughter in the early hours of this morning, there’s no doubt that things are panning out nicely for the crew.

Being on board Groupama 4

Two outside observers took up position aboard Groupama 4 for this qualifier. Back safe and sound, they gave us their feedback about sailing aboard a Volvo Open 70.

Olivier Peretié, journalist: “There are two words to describe this extraordinary experience: ‘Wet’ and ‘Stacking’. The first surprising thing is that the cockpit is very often submerged. The other thing is that the power of the boat calls for you to have all the weight to windward so you soon discover the delights of shifting extremely heavy sails. There is zero comfort but everything is so functional that you very quickly manage to get your bearings and even sleep comfortably.”

Bruno Jeanjean, bowman aboard Groupama 3, who came along for the ride to discover the bowman’s role aboard Groupama 4 in case a stand-in is needed during the Volvo Ocean Race. “Making the transition from a three-footed beast to a monohull from the Volvo Ocean Race is an exercise I’d describe as being a lot wetter. The foredeck is more exposed than on the trimarans. You’d almost need a mask and snorkel to do the job on this boat.”

Now qualified, Groupama 4 will take part in some inshore training in Lorient in early July. The boat will then be lifted out and put in the yard for a refit until the end of July. The crew will make the most of the time on the hard to optimise the monohull and put her through some more scrutineering before she’s relaunched in early August.

Soon to be posted up in the press section of the cammas-groupama.com website are the English interviews with Damian Foxall and Phil Harmer, as well as all the onboard images filmed by the media man Yann Riou.

A communication’s project to support the group’s internationalisation
For more than 13 years, Groupama has chosen sailing sponsorship as a lever to support its strategy for growth in the service of its clients. One of the France’s leading insurance firms and the 15th largest insurer in Europe, the Group boasts a turnover of 17.6 thousand million Euros (2010). Groupama is accelerating its international development and aims to become one of the top 10 European insurers.
Established in 14 countries, the Group comprises 39,000 employees, including 11,000 overseas, where it achieves 30% of its turnover. The commitment to a more international sporting project through until 2015 has to support the construction of a European insurance group and a bank which is a creator, a humanist and something that lasts.
www.groupama.com

The Volvo Ocean Race
A crewed round the world race with stopovers, the Volvo Ocean Race, formerly known as the Whitbread, will set out from Alicante (Spain) on 5 November 2011 for its eleventh edition. Spanning 8 months and 10 stopovers, the participating crews will cover over 39,270 miles over 4 oceans. The race will conclude in Galway (Ireland) on 7 July 2012 after making a stopover in Lorient, France, Groupama sailing team’s base, from 16 June to 1 July 2012. Groupama 4 is the first French boat to compete in the event since 1993.
www.volvooceanrace.com 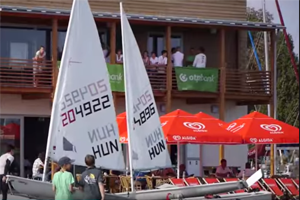 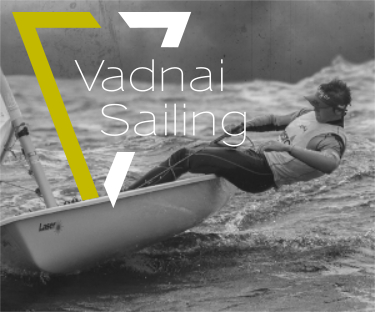